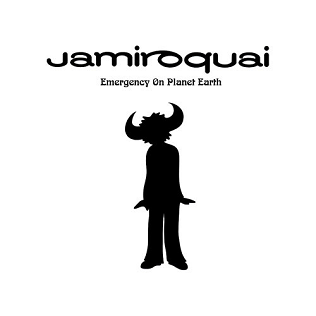 “The answer to all our problems is for us not to be the wasteful, ignorant people we can so often be.”

(Jay Kay, from his liner note to Emergency On Planet Earth)

(Daniel “Swampy” Hooper, quoted in the Daily Mirror of 9 October 2019)

“Huh-huh, here we go, you know that I'm the rebel

Throwing out the wicked like God did the Devil”

"I want you to act as if the house is on fire, because it is."

“Sometimes I think the music is the only hope we have for revolution.”

This is a story about West London, and many places and people directly to the west of London, and about how one age attaches itself to the next.

It is in some part the story of how Norman Jay turned up at Buckingham Palace to receive his MBE from the Queen – it was rainy and overcast that morning, as the disc-jockey turned up in top hat and tails. I know this from the photographs which illustrate his (and brother Joey Jay’s) Good Times 3 compilation, which also include Mr Jay standing, resplendent and happy, in sunny Ladbroke Grove, or was that Golborne Road, or at the upper, narrower end of the Portobello Road, carefully studying the LPs available in the Honest Jon’s record shop. Norman Jay, an important mentor of Jay Kay.

Because this is also the story of how someone tutored in the ways of the less obviously accessible (for whatever reasons, but they are mostly social and racial) popular music can emerge to do something the same, except they get it beautifully wrong and come out with something entirely different and innovative. The story of British pop music, there.

But imagine those Saturday mornings; wandering on down the unending road of market stalls, under the Westway and its attendant used books and clothing, and out into what isn’t quite jazz, or funk, or soul, or AoR, but a compound of all of these. Forming your own view on music and strengthening your notion of what you can add to it, this unending stream of lineage and development.

This is perhaps the story of endless journeys into and out of West London and Oxford, on the coach, up or down the A40, of the ceaseless, bronzed hum one perceives heading through those outlying stakes which aren’t quite London, or only nearly London – I know my Perivale (the golf courses – both of them! The views!) from my Greenford from even my Northolt – and this sort of music playing on my Walkman as I travelled, maybe (no…definitely!) on a prematurely sunny Friday afternoon. Warming electric blankets of Fender Rhodes, stray pink rose petals of Minimoog, those changes, wow those changes

Like, I imagine, Jay Kay, I could listen to Roy Ayers or Donald Byrd or Bob James or Gil Scott-Heron or Donny Hathaway all day and never be less than entranced.

Or I could – hell, I did – listen later that year to Midnite Marauders by A Tribe Called Quest, one of the best albums made by anybody with its immediately simpatico setting and a narrow but unutterably alluring range of samples; the unstoppable sequence of genius from “Sucka N*gg*” to “Clap Your Hands” is transcendent the way people think side two of Abbey Road is transcendent.

Jason Kay’s mother was (is – she is still with us) Karen Kay, a singer of some note whom older British readers may recall from late seventies/early-mid eighties television. He was born as one of a set of twins; the other, David, died shortly after birth. He was largely raised alone by his mother, and although he was born in Stretford, Greater Manchester – a place which the likes of Ian Curtis and Morrissey would have known well – he spent most of his childhood in Suffolk, alternating with Devon, and always in the countryside. He ran into typical teenage troubles – at one point he was homeless and turned to petty crimes to make ends meet - and music probably saved him from a wretched end. But you can read all of that on Wikipedia and why am I bothering you with this biographical bollocks now?

Because it makes much more sense for Jay Kay to have emerged fully-formed, in his seemingly crazy (but actually very meaningful) hats, and to have instinctively gone against every imaginable grain. Oh, they did not like Jamiroquai at the time – ho ho, look at that tw*t in the hat, what is this, 1973? Oddly this was not a criticism habitually directed at pale white men of the period busily recycling the Byrds or the Kinks.

Yet Jay Kay reminds me of Fish in his Marillion days – if you’re going to go against the flow, how better to do it than to immerse yourself in the least cool forms of music? And Ayers, Byrd etc. were not especially hip in early nineties London (don’t argue with me; I was there, I saw it) and even less so in the outlying reaches of Oxford*

(*a fugitive stolen memory of a messed-up 1999 mind; wandering into a temporary record shop on Wandsworth High Street, on my way back to Oxford – it’s complicated; pay me an advance – finding a copy of the first Stylistics album, taking it back home and losing myself, and the Ghostbox-friendly shadows on the Botley walls, in the endlessly-diminishing coda of “People Make The World Go Round”; where was I, what was I doing? Perhaps I don’t want to remember…)

I knew Emergency On Planet Earth was great from the word “go” or the instrument “digeridoo” which introduces “When You Gonna Learn.” The digeridoo, I ask you! And those strings (thank you, the Reggae Philharmonic Orchestra) – now that I’ve heard them, I can offer a direct comparison with the late sixties/seventies Canadian jazz-rock-pop band Lighthouse (more fluid than Blood, Sweat and Tears, less tediously pious than Chicago at their least tolerable). “Too Young To Die” – damn and hallelujah! And he’s singing about imminent apocalypse!

It's all great, the album, the whole fucking lot of it. There is lighter stuff – “Hooked Up,” “If I Like It, I Do It” – which glides in the effortless manner of Peter Straker down the WAG Club. There is the elongated lurve-sandwich of “Blow Your Mind” which is steered quite exceptionally; the turnaround midway through the song permits its music to breathe more readily, and therefore more easily. There is very creditable and patient fusion work (remember, as Steve Lake once rhetorically pondered, when fusion was a key to aesthetic advancement and unification rather than a short cut to the bank?) on things like the instrumental “Music Of The Mind,” helping to set the template for what the next generation of creative British musicians would go on to achieve – as a thorough listen to recent albums by Neruja, Issie Barratt’s Interchange and Yazz Ahmed will confirm.

There is a definite element of feminisation to Kay’s approach. Fabulously, not once on Emergency On Planet Earth does he ever lapse into becoming Soulful, Passionate and Honest (even though he is instinctively all three of these). If anything, his yelp reminds me of Chris Andrews, or some of the work of his illustrious forebear Georgie Fame (definitely the Jamiroquai of his time).

And it is a story of how, on “Revolution 1993,” it all bursts out, and excitingly so. There is a definite element of Fela Kuti in the track’s unstoppable military percussive assault, as Kay excitingly squeals “I’m gonna fight the power!” It builds up to the rim of chaos, lets itself calm down to catch its breath, and then races to another crescendo – and it is clear, both from the atoms of his music and the words which he writes on the album sleeve, that Jay Kay (and therefore Jamiroquai – a huge shout out in particular to chief co-writer and keyboard player, the late Toby Smith) stands as a direct precursor, not just of what Swampy and his friends would do in Newbury three years hence – not far, as the crow flies, from where Kay himself ended up living, in some style – but also of Extinction Rebellion in general. In his liner note, Kay gives the world ten years to sort itself out, and, as we all know, it didn’t, and hasn’t.

It is probably natural and logical to finish this minor meditation on the westerly breezes which flowed through 1993 with a mention of another Walkman perennial of that year – the glorious, if determinedly shambolic, triumphalism of Transglobal Underground and their peerless album Dream Of 100 Nations, which plays like the party the day after the Rebellion has taken place – and won. Travel amidst the hugely cut hills which accommodate High Wycombe while you listen to the climactic “Hymn To Us” – in particular its Oliver Hardy sample (“Now I see it all”) – and you may still understand why this story means so damned much to me. It is a pre-emptive answer to the questions recently asked by The Weather Station in the song "Wear": "Am I ever understood? Am I hidden by this hood?" Jason Kay would suggest that it's the hood which helps bring him, and his message, to your attention.

Posted by Marcello Carlin at 11:16