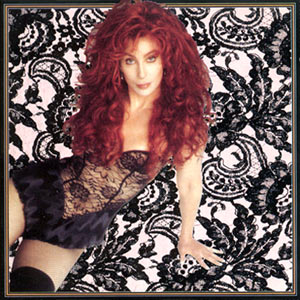 In truth, the biggest-selling album over Christmas 1992 was probably either the soundtrack to The Bodyguard or NOW 23 (one of the better volumes), but due to chart rules both were relegated to the compilation listings. Hence Cher got the season’s number one by default. No doubt this album was purchased by that gigantic constituency of middle-aged housewives which dominated the charts of this period (not to mention other ones) who see Cher as something of a pop equivalent to the Queen; no matter what has happened to them in a lifetime, they become reassured by the fact that the Queen has never really changed, has always been there, and similarly by the knowledge of what Lena calls the “Cher-ness” of Cher; her benign, slightly goofy but somewhat rebarbative permanence and the fact that, like her distinguished disciple, Madonna, she can turn around with the seasons and regularly re-emerge in a new, possibly resurrective form. Even in the long period through the eighties when she stayed away from music, she remained a presence as an actress worthy of winning an Oscar.

Like Tina Turner, she has proved a defiant survivor, and her worshippers appreciate that with no little awe. This compilation is not really much – it would have been more accurate to call it Greatest Hits: 1987-1991 since it mainly concentrates on her three Geffen albums recorded over that period, bookended by three unremarkable “new” songs (two of which are covers of old songs) and a rather rushed backwards time machine trip to remind new fans of her history (furthermore, to remind us of her dalliance with Richie Sambora at the time, this “Bang-Bang” is the Bon Jovi-assisted 1987 remake). I have little to say about it, or her, that I haven’t said before, other than to note that “Heart Of Stone,” written by Andy Hill and Pete Sinfield, is rather more thoughtful and probing than the fists-in-air pumping “anthems” with which we are perhaps all too familiar. A good and comprehensive Cher retrospective is still awaited, yet although she has not really bothered pop since about 2004, her presence, on capitalised social media and elsewhere, remains a reassurance to many. For now, however, I direct you to perhaps her greatest performance – and the greatest production of that wretched bastard Spector – for a fresh definition of what it means to be a “defiant survivor”:

Posted by Marcello Carlin at 10:25