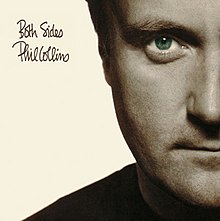 It is, I know, a severely anticlimactic ending to a surprisingly engaging year. We began this 1993 with Phil Collins and at year’s end find ourselves right back where we started – to paraphrase Paul Morley, it is as though nothing actually happened, that the stubborn status quo of a conservative demographic triumphed over any adventure or even mischief.

For such a determinedly downtrodden album, Collins seems to have enjoyed making it more than any of his others, as he makes clear in his matey liner note (this album’s one real innovation). He sang and played everything on it, mainly upstairs at home, with some mixing and a few overdubs in the studio. While one applauds this relative lo-fi approach, at least in theory, the likes of Beck and Aphex Twin were also doing it for and by themselves at the same time, with far less fuss and far more invention.

It is not a return to the mildly foreboding art-rock of Face Value, even though “Survivors” is a sanitised clone of “In The Air Tonight.” Nor does it approach the placidly shattered soul of John Martyn’s Grace And Danger, a 1980 marriage breakdown album in the making of which Collins was heavily involved.

It is hard to discern what exactly Collins is trying to communicate here, despite his making a point in the liner note about explaining what these songs actually mean. We know the circumstances behind the fall of his second marriage and if you want to know about fax machines and translators you can search elsewhere; suffice to say that these events make it practically impossible to empathise with him.

It is a grey (rather than dark) record, as though recorded while hunkered down in a bunker, but there is no menace or irruption to be found in its fabric. “Both Sides Of The Story” musically sees him trying to do a “Biko.” “There’s A Place For Us” quotes West Side Story to no great consequence.

The general mood is of benignly non-committal wallpaper, with occasional harmonic diversions intriguing enough to make one wish Jam and Lewis had produced. “We Fly So Close” takes its time to hover on the brink of non-existence, but not in a purposeful Eno way. Is “I’ve Forgotten Everything” a rejoinder to Peter Gabriel’s “I Don’t Remember” and who really cares – listening to this Blue Stilton block of opulent ennui made me regret that Gabriel’s far more involving 1992 album Us was kept from the top.

When Collins moves away from relationships, the album fares little better. “We’re Sons Of Our Fathers” is an extended “kids today” rant worthy of the former 5 Live commentator Alan Green (and Collins was only forty-two at the time!). “We Wait And We Wonder” is allegedly about terrorism but set to a synthesised bagpipe march; is Collins implying that Scottish nationalists are terrorists? It is baffling, and not in an interesting way. The closing “Please Come Out Tonight” plods towards eventual non-existence in the manner of a below-par Blue Nile.

What was it that made 600,000 British people go out and buy this record, beginning one month before Christmas? Are we truly masochists? Do we revel in beating ourselves up for continued perceived failure and sin? Do we enjoy misery, are unable to breathe without its acrid aura of reproof? Or do we simply mirror and welcome the nice work friends glimpsed towards the end of High Fidelity, liberals up to a point and then you glimpse their CD shelf? Monochrome, except for those blue eyes, completely committed to non-specific generalisations (yes, that is tautology, but it is also rhetoric) – middle-income Britain opted for the shelter of rueful reproach. 1994 will not entirely abandon this outlook. Not entirely.

(And that is it for five-day weeks on Then Play Long for now – as of next week, there will be new posts four days per week, from Tuesday to Friday, for a total of three weeks, followed by a two-week break. Some big things coming up which require major preparation…)