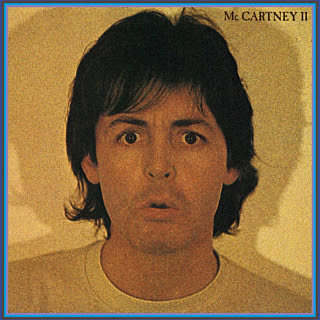 “Story is for human as water is for fish,” says Jonathan Gottschall in his book The Storytelling Animal, and while some might sigh at that and prefer to wait another few million years for humanity to evolve, it has to be confessed that we, as human beings, need stories; need both to hear and to tell them.

And it’s one of the greatest stories ever told, isn’t it; the tale of how something or somebody apparently doomed gets rescued and saved at the eleventh hour and how everything can start again. About a day and a half ago I felt that Then Play Long had, for various reasons, gone about as far as it could go. The initial feeling of relief that I felt was rapidly superseded by a deeper sense of bereavement. Everywhere I looked, or listened, everybody was telling me no: we need you to tell us more stories, and, much more importantly, carry on telling the bigger tale until it reaches its ending.

Well, the Official Charts Company appears to have relented over Bowie, and enough people seem to want me to keep this blog going, in whatever form. And so it resumes, some 36 hours after I said it probably wouldn’t.

“You want a better kind of future…/Stick around, we’re nearly there.”
(Paul McCartney, “Coming Up”)

Likewise, just when 1980’s procession of number one albums appeared to be degenerating into a dismal parade of TV-advertised tinkly-bonk shit (to borrow Christgau’s priceless expression), and as Ian Curtis’ suicide looked to have drawn a very firm and thick line in the post-punk sand, other things spring up to replace them; New Pop for one, and on the other, the actually rather moving return of the old stars, those who could find no room at the late seventies inn of easy listening marathons and distressed retrospectives; the people who have largely been absent from this tale since the mid-seventies who have now returned, but with the knowledge that the old games won’t necessarily work any more; whatever they do now, they know, has to be “modern.” In touch with the new decade.

How fitting, then, that leading the charge was a performer who had faced a similar dilemma at the turn of the sixties and seventies, who under various guises has been a part of this tale since 1963 (or entry #33). A decade earlier, McCartney had reacted to the coming new age by retreating to his home studio, knocking some demos and odd whimsies into shape and producing the pretty reasonable McCartney album.

By 1980, however, something had changed in McCartney, even from his Venus And Mars days. A reunion with Lennon had not taken place; he had been a semi-regular visitor to the Dakota around 1976, sometimes bringing his guitar, but nothing transpired and eventually an exasperated Lennon had to tell him that it wasn’t 1956 any more, that he couldn’t just come round whenever he felt like it and expect to pick up from wherever “it” had (been) dropped. After that, McCartney never saw him again.

But it also has to be stated that had McCartney not been busted for marijuana at Tokyo airport, McCartney II probably would never have seen the light of day in such a clear sense; he had been invited to Japan to undertake a Wings tour, but his nine days in jail changed his mind about a lot of things, and by the time he returned to Britain, he felt that Wings had probably gone to their limit (there were more band rehearsals in August of that year but nobody’s heart was in it and Wings eventually fell into disuse rather than splitting as such). Hence his retreat to some homemade titbits he had knocked up in late 1979, and their eventual release as the third “solo” McCartney album. If readers protest at Ram being counted then it should be remembered that Paul was not entirely alone on McCartney or McCartney II; Linda is clearly audible on both, contributing reassuring middleground harmonies.

Moreover, on this occasion McCartney did have the benefit of an engineer to help push these eleven pieces into shape. But from the moment “Coming Up” starts it’s clear that he meant it as a manifesto; sounding livelier and more passionate than he had done in years, he offers a classic gritty rock lead vocal to something that isn’t really rock; his bass nods to Bernard Edwards but the whole feels slightly unreal, as though the tape had been slightly speeded up. Its rhythmic tropes owe much more to what would become pop’s effective lingua franca in the eighties, in particular 1985-period Scritti Politti, and are agreeably set against what sounds like a thirties dance band on amphetamines.

The song itself deals with the future being so bright not to need shades; “Coming up like a FLOWER!” he exclaims excitedly. “You want some peace and understanding/So everybody can be free,” he sings, but unlike Lennon on the 45 version of “Revolution” he offers unconditional agreement: “I know that we can get together/We can make it, stick with me.” Paul; always the sixties optimist – although it should be noted that in the States, the single was flipped, and the version that reached number one on Billboard was the live reading, done with full band at the Glasgow Apollo on 17 December 1979; a gig which was crowned by the appearance of the Campbeltown Pipe Band themselves during “Mull Of Kintyre” (the venue, to put it very mildly, went apeshit).

Even this, however, does not prepare us for the still shocking “Temporary Secretary.” Why “shocking”? Not for McCartney’s amiable, if inexplicable, Confederate drawl of a lead vocal, but because the song is constantly undermined, or strengthened, by the familiar atonal burps of a Roland 303 – over half a decade ahead of schedule, here comes Acieed House, and suddenly even Boney M’s (or Frank Farian’s) idea of disco seems as remote and distant as William Byrd. It is exciting, stupid, reckless and glorious.

The rest of the record is largely thrown together with a spirit of intentional lassitude that could from some angles be interpreted as lo-fi; “On The Way” and “Nobody Knows” are both good McCartney rockers, but distorted to such a degree that they are barely recognisable as such, McCartney’s voice being smeared in nebulae of echo, such that the slow-ish jam of “On The Way” reflects an awkwardly glimpsed Led Zeppelin, whereas the sprightlier “Nobody Knows” puts me in mind of that other one-man band of the period, Prince (it could have fitted perfectly on Dirty Mind). No wonder Lennon, who certainly heard the album, was moved sufficiently by these tracks (and in particular “Coming Up” which Lennon reckoned was the first time in ages that McCartney had shown some genuine effort) to consider returning to the recording studio himself.

In between these two tracks lies “Waterfalls,” one of McCartney’s loveliest and scariest ballads, soundtracked for the most part by floating electric piano and distant high-pitched Moog. It sounds like Val Doonican on Mars, all the more because it is evidently so heartfelt; written for his children – hence the increasingly sinister warnings about running away with strangers as the song progresses and methodically slows down – with his “go away” croak longer and more hurt on every return.

The song is especially affecting because – well, because of “Because”; that instant boué felt when listening to the Moog creeping into Abbey Road and the consequent sense of premature bereavement; where could the Beatles have gone with this if they had managed to survive? Perhaps McCartney II provides a partial answer, and “Waterfalls” still sounds like Robert Wyatt and nothing much on Earth.

Side two goes off into such deliberate, delicate tangents that if Jon Brooks had released it on Ghostbox last week we’d all be singing its praises; “Front Parlour” is a proto-electro melange peppered with indecipherable vocoder murmurings. “Summer’s Day Song,” with its minimalist five-line lyric and long instrumental passages, slows down the poignancy of “Waterfalls” almost to the point of stasis; McCartney murmurs about awakening from a bad dream to find they have woken up on a brilliant day, and the slowly majestic drift of the piece immediately puts me in mind of the work of those fellow, but much younger, Liverpudlians, Orchestral Manoeuvres In The Dark – play “Stanlow” from Organisation or “Sealand” from Architecture And Morality and see if I’m wrong – and the feeling develops that this might be McCartney’s Low, a semi-directionless wander through his own mind and its perception of the world (thus the “I need love” refrains of “Waterfalls” make that song the record’s “Be My Wife”).

The feeling is strengthened with “Frozen Jap,” a New Romantic stomper (and the second instrumental on this side) paying very close attention to the work of the Yellow Magic Orchestra (the title, like much else about the album, including the startled mugshot-like cover and the various Oriental faces McCartney pulls on the inner sleeve, refers to his recent experiences in Tokyo). “Bogey Music” was written for a musical adaptation of Raymond Briggs’ Fungus The Bogeyman but still sounds two streets beyond strange, like Martians trying to understand rock ‘n’ roll (or Mud on very bad drugs). Throughout the song, the echo on McCartney’s voice deepens and becomes more disturbing. Likewise, “Darkroom” is McCartney’s idea of dub refracted through dreams of Gary Numan; it is frankly incredible that we are listening to a number one album.

The payoff, “One Of These Days,” has a simple acoustic guitar backing, with McCartney summing up the album’s themes, such as they have been, and offering his own, indistinct manifesto: “It’s there/It’s round/It’s to be found/By you, by me…/And breathe fresh air ever after.” As the song progresses his vocals become progressively more blurred by echo and Linda* until finally it is a smudged Xerox of a promise, a message sent out into the galaxy, still resonating, to anyone who cared or remembered what it meant. In this context I would like it to mean a new beginning, a way forward, a declaration of principles. What a story; and what stories still to come, including the next one, which is also illustrated by a picture of a man staring at the camera in some distress. When the darkness is turned inside out and made to illuminate the darkest of worlds.

*and wasn’t Linda VITAL to McCartney’s wellbeing, maybe even his intention to carry on pushing with his music? Sometimes it takes a loving American wife to show you the way you should be progressing…
Posted by Marcello Carlin at 16:37