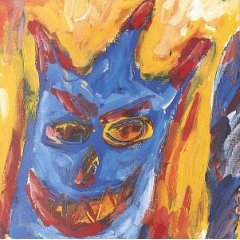 (Author's Note: piece written by Lena and edited and published by me)

In the general tide of music that this tale has encountered recently, there have been those who fit in with what might be called ‘the mainstream’ and those who are called ‘Britpop’ – even if they don’t want to be. By this time it was a scene that was already decided upon, promoted, even had its own chart battle. It was a scene that very much liked to celebrate itself, save for a few who really were in it for the music and made a point of this by continuing to go their own way.

And then there was The Levellers, a band from Brighton which had nothing at all to do with ‘Britpop’ – they weren’t hip, they weren’t cool, they most certainly did not hang out at The Good Mixer hoping someone might notice them. The Levellers belonged to a different scene altogether –that of the people, the folk, the ‘crusties’ who lived on the land and who were naturally associated with the Roma or Travellers (not that the latter were fans, so far as I know – it’s the principle of living apart from society that is the same).

This album got to the top based on their fanbase (and a televsion commercial which the band didn’t want*) alone. They had topped the bill at Glastonbury in ’94 so their management had every right to big up Zeitgeist, which isn’t really like anything folk-rock I have heard before. It is very much a rock album with folk folded in – or is it the opposite?  It really is all of a piece, something not done this well since the days of Steeleye Span or Fairport Convention.  This is the sound of Brighton on a weekend – a place of freedom, alternate politics (I sense not just Green but Extinction Rebellion roots here) but also tussles with The Man (“P.C. Keen”) and a very sharp awareness of how tough it is to stay on the outside and not succumb to ordinary politics as usual (“Fantasy”). There is what I think might be called a roundelay about getting wasted (“Just The One”). At the bottom of all this is a restlessness (a quality common to a lot of music what I might call the Southern Coast bands have in common) that is there and will not go away, as the chorus of Men-an-Tol says: “Here amongst the city lights/The feelings not so clear/Faceless towers and neon signs/Hide what I hold dear/But it’s there to find if you don’t live in fear of it.”

The Levellers are thus dreamers as well as realists, spiritually rooted out in the countryside (in this case Cornwall) and dedicated to an Other Life. You could say the same about Cornwall’s own Aphex Twin, or Scotland’s Arab Strap, Mogwai, Delgados or Belle and Sebastian – none of them part of Britpop, all of them very much working as collectives of sorts, none of them hip.

But there is something more important than hipness working here. I have read two memoirs by young women who worked for the Obama administration – Who Thought This Was A Good Idea? by Alyssa Mastromonaco and From The Corner of the Oval by Beck Dorey-Stein. They are quite different women in different areas of work in the White House but they both love jam bands. Jam bands are collective efforts that call on everyone to pull together – their music is hopeful, it gives energy. They do not exist outside of their own communities because in a way they are their own community. Of course they want to be popular, but in their own way and time.And so people are drawn to them (and The Levellers) as music that bolsters their spirit, music that does not pose or talk down to them, music that accepts you as you are, as long as you are willing to accept it.

I do not think any future Blair government staff were going around as Levellers fans though; while it is not confrontational punk rock (despite Joe Strummer being a big and vocal fan - he guested on the single remake of "Just The One") it is not what I think is called ‘noodly,’ nice folk either. There is a rush of salt air off the water here, lonely winter days, a longing for the sun. “Everyday I look at you/Dressed up in your ties of blue/Saying there's not much that you can do/To help the kids on Hope Street.” That was a hit song, but since when do the Levellers get played on the radio now, as part of what I could call Official 90s Chart Nostalgia? This tale is in part here to remind you of what is still there outside of those compilations and stations, the brilliant this and the gorgeous that. The Levellers are out there, still stading by their ideals of one way of life being their own, apart from the acceptable, digestible and usual.  They still long for that other place, but how easy is it to get to the other place, and what happens when you get there?

*Zeitgeist got to the top the week after it was released due to a television commercial. The band themselves would rather it had been the remarkable overnight compilation album HELP, but it was not eligible as it was classified as a "Various Artists" compilation. HELP is thus as much an outsider album in its way, especially since Radiohead are on it, who are only harbingers of the whole way-out-is-the-way-forward end-of-'90s scenario.

Posted by Marcello Carlin at 11:27