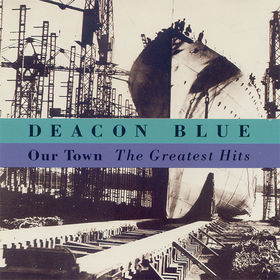 In October 1994, the Glaswegian writer James Kelman “controversially” won that year’s Booker Prize award for his novel How late it was, how late. He was unlucky not to win the prize in 1989 for the magnificent A Disaffection, but unfortunately was up against The Remains Of The Day that year. The not quite coordinated thoughts of a decrepit drunk named Sammy, newly blinded following a scrap with the police, form the spine of this novel’s story. He spends the book endeavouring to make sense of his new predicament and the sightless world in which he has suddenly found himself.

Much of the path which he carves in order to try to make sense of this new world is paved by listening to his old records, and without exception these consist of country music songs. Country (and, if you must, western), the musical lingua franca of west central Scotland; anyone who grew up in the Clyde Valley of the seventies, as I did, will tell you that it was far, far bigger than rock or pop; a genuine (or perceived as genuine) folk music which told stories, identified with the souls of the listeners and reassured them that they weren’t worthless or out of time or stupid. The working class of Lanarkshire felt as though this music touched them, which, seeing as how country music evolved in great part out of the folk practices of Scottish émigrés to the U.S.A., is unsurprising.

While Ricky Ross, born in Dundee but subsequently a citizen of Glasgow, does not attempt to conceal his love for soul music, there are, I believe, deeper undercurrents in Deacon Blue’s work which are attached to underlying strains of country and folk; observe the importance of B. J. Cole’s pedal steel in “Chocolate Girl,” a song about an evidently not very pleasant man and the way in which he treats women (as Cole’s small closing discordancy confirms) and how “Twist And Shout” (drunken kisses on Hogmanay don’t always lead to sober unity) and “Queen Of The New Year” (a father views his bright and bouncy daughter with equal amounts of love and dread) could both pass for Highland jigs.

How did Deacon Blue – I use the past tense because, in 1994, the band had split (as it turned out, only temporarily), and the purpose of this compilation was presumably to sum up their useful history – manage to appeal to so many non-Scots in ways that equally worthy bands such as Love And Money (huge in Scotland but not really heard of in England) didn’t? Perhaps it is relevant that Big Country had passed their imperial phase by the late eighties and Deacon Blue came along to fill that gap (“Your Town” is a simmeringly angry anti-England protest song).

More than that, though, was the fact that, somehow in late eighties/early nineties Britain, Deacon Blue simply fit the bill; they suited their time. Their music was conservative – to unconvinced outsiders, a lot of Our Town may sound the same - but well-tuned and subtly creative around its parameters. And, like the country artists of old, Ricky Ross was good at writing and telling stories.

Not once did I ever meet a council binman in Lanarkshire who was saving up their money to buy a wee dinghy – the council didn’t pay binmen that much, but it was enough to get by and put something away to buy at least a dinghy, if not a ship, when they retired, and I expect it was the same with the Corporation in Glasgow – let alone call it Dignity, but Ross patiently and quite cheerfully narrates his story, and it is endearing in a Bill Forsyth way but also reassuring. The ambitions of the song’s subject are modest but realisable; he will spend the twilight of his life placidly sailing up and down Scotland’s west coast, putting in at various wee villages and towns along the way, wanting for nothing (the song implies in places that he has no other commitments, including a family). How many people, not just in Scotland but certainly also in the north of England – Deacon Blue are so NOT a London group – would have nodded in eager, empathetic agreement?

Much of the rest of the band’s work has to do with love, expended (it is only after about a thousand listens that one realises that “Real Gone Kid” is a particularly forlorn break-up song, with its singer staring at his piles of now unreadable paperbacks and unlistenable 45s and wondering what the bloody point of them now is), unrequited (“When Will You” is in part about that, but also serves as a plea to the music industry to get in touch, sign them up, make them happen). “Wages Day” is a slightly undecided bridge between “Dignity” and “When Will You”; the singer envies the life of the ordinary worker but knows that deep down he wants something more than that. At other times Ross is addressing the industry itself (“Loaded,” nothing to do with Primal Scream, has its basis in dealings the band had with various supercilious figures in the music business).

A lot of the time, though, Deacon Blue simply tell stories. In “Fergus Sings The Blues,” Ross is honest enough to realise that the concept of whites interpreting the songs of Blacks is perhaps foredoomed, but that still isn’t going to stop the James and Bobby Purify fan from having a crack at it – I wonder if Ross had Frankie Miller in mind, although a more direct precedent would be “Gaels Blue,” a 1985 song by that fellow Dundonian, the late Michael Marra (“Oh he told me that his papa was a rolling stone/Who had a gig at Dingwalls so he felt at home/And all he really needed was a telephone/To be in business”). “Your Swaying Arms” is an engaging semi-drunken swirl through the byways of romance – note how both Ross and co-singer Lorraine McIntosh waver and stagger their uncertain way through the phrase “’Cause I’ve been longing” (if you make casual references to Kelvin Way and the Campsie Fells in your songs, you are identifiably “Glaswegian”).

Their biggest national hit single was a cover version – one of four on an E.P. of Bacharach and David interpretations – and they change the ironically jolly nature of “I’ll Never Fall In Love Again” into a bereaved lament; note how the song is divided in part between two voices, gaining both sides of a real story – McIntosh’s “Don’t tell me what it’s all about” is, in this context, deadly accusatory. One has to remember that a great part of Deacon Blue’s success is attributable to the band’s family atmosphere – the two singers out front are an actual real-life couple (they married in May 1990) – and this album’s most arresting moment accordingly comes with “Cover From The Sky,” which is given over entirely to McIntosh to sing, and it is a sobering, hymnal sequel to “Your Swaying Arms” which seems to say; no matter how hard or persistent this rain, we are protecting each other from it.

1993’s Whatever You Say, Say Nothing found the band working with Steve Osborne and Paul Oakenfold, looking for that Achtung Baby top-up; “Your Town” is a great pop record by anybody’s standards, but I think Ross tries a little too hard to be Bono on “Will We Be Lovers” and “Only Tender Love.” The band’s 1994 split was occasioned by their drummer, Dougie Vipond, who wanted to pursue a career in television (which he managed successfully; he is now a very familiar face in Scotland), and so the three “new” songs here (the double-LP version also included a fourth song, “Beautiful Stranger,” but that is absent from the CD for reasons of space) both illustrate where they currently were – “I Was Right And You Were Wrong” is a quite extraordinary ambient drone experiment – and sum the band up; the weary optimism of “Bound To Love” and the benign goodnight-everyone lullaby of “Still In The Mood” bring their story to a satisfactory close. Sadly, the band’s guitarist Graeme Kelling died of pancreatic cancer in 2004, aged only forty-seven, but Ross, McIntosh, keyboardist (and occasional co-songwriter) James Prime and a returning Vipond (who manages to sustain careers in both music and broadcasting) remain active in the band, and continue to make albums, the most recent of which, Riding On The Tide Of Love, was recorded during lockdown and released last month. It really isn't too late for them at all.

Posted by Marcello Carlin at 12:39