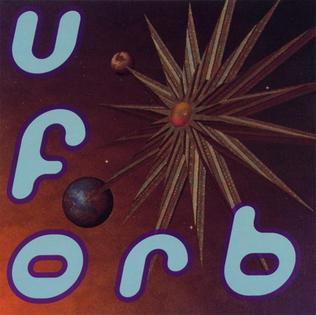 Playfulness is underrated in music, let alone in life. What attracted most people to psychedelia in the mid-1960s was its sense of fun being an important component of the experimental adventure; it helped participants and spectators to re-settle themselves in worlds of their own childhood. It was different. A scandalous laugh.

Then it unwillingly grew up and became “progressive” and pompous, without the quotation marks. Now all had to be a Very Serious Statement about Humanity and Infinite Space, and people either fell asleep or got angry and endeavoured, without real success, to break it up. And somewhere in this anti-process, humour got lost. You can hear the battle between solemnity and humour simmer politely throughout The Beatles and Atom Heart Mother, both very funny number one albums when they felt the urge.

But if you wish to understand “Revolution 9” as an intentionally discontinuous rumination on growing up in late 1940s-50s Britain – words, sounds, music heard in the pram – then it is not surprising that when that methodology began to become popular again in the late 1980s, once the onerous slab of punk and its over-earnest and in part hypocritical denial of history had been overcome and loosened, the endless guitar solos vanished and the smiling face of adventurous joking slyly reasserted itself.

U.F.Orb is all about growing up as a child, the things you see, hear and wander or splash through on your way towards adolescence; note, for instance, the jaunty juvenilia of the double-entendre title. But this is no punk-type refraction of the past, rather a most canny assimilation and re-juxtaposition of elements which had hitherto been, shall I diplomatically say, concealed from received pop history.

One strolls through the semi-darkened corridors of the second and best Orb album with the leisure normally reserved for the more languorous of art galleries – the wandering could be endlessly bountiful. “O.O.B.E” (Out Of Body Experience) almost apologises for fading into the listener’s consciousness; a stately modality, decorated by a progressively ahuman flute (shades of Bob Downes’ Open Music, for those long in memory) and the voice of Colin Wilson, talking about Karl Popper’s theory of a “World 3” or a “Third World” – the irony of this discourse heralding a slow Indian raga for voice and sitar need not be underlined – as follows:

Wilson also says: “Man's achievement is to have created a world of rhyme, in the intimate imagination which is as real in its way as any country on the map” – and a flashback to Alasdair Gray’s Lanark, a huge yet abysmally undersung influence on this tale, becomes inevitable. This world is defined and made solid and plausible by the mapmakers themselves – and they can create and design any maps they like. Come along; why don’t you?

The piece concentrates itself into a semblance of form and becomes more prominent and politely demanding, yet when it dissipates – as, eventually, it must – we hear what will become the record’s chief leitmotif, the sound of gurgling water, like primary school boots splashing through unexpectedly deep puddles, as though visiting Bothwell Castle of a rainy autumn Sunday morning.

The title piece opens with a Radio Moscow broadcast, which indicates, as with much else on the record, how unaccountably important an album Orchestral Manoeuvres in the Dark’s Dazzle Ships had proved almost a decade earlier, before the title track settles into rhythmic cognisance with a red-and-lilac synthesiser and percussion pattern reminiscent of driving through Las Vegas of a deserted late night (see also entry #1190); the part-germination of the Orb from the KLF reminds us that the indistinct thud of the latter’s “It’s Grim Up North” has been transmuted into a welcoming boutique of hopefulness. You can grasp the will, if not quite some of the music. Odd percussive irruptions throughout seem to stem from the sound of helicopter blades, a year after the Gulf War (cf. the KLF’s “America No More”).

Then comes the remarkable “Blue Room,” less than half the length of the Gallup-baiting top ten single but preserving all of its ineluctable power. In many ways this is the record’s apex and a hall of lucid mirrors reflective of childhood, from the foreboding (the air raid, or should that be a nuclear alert, siren) to the unutterably comforting (the train) via the unreachable (old television watched as an infant in the bluish dark – westerns, science fiction). The elements of the piece ceaselessly reorganise themselves and gather around each other in the manner of guests at a dinner party free of Bunuel manipulation. Eventually a rhythm, bassline and female vocal refrain introduce themselves, streaked by alternately dolorous and unmoored guitar lines. The presence here of Steve Hillage (and Miquette Giraudy) remind us not just of Gong – and the delicious alternate universe future which that late sixties/early seventies cohabitation of psychedelia, free jazz and proto-electronica promised – but also, and quite strongly, of Simple Minds’ work on Sons And Fascination, a Hillage production. As with “Theme For Great Cities” there is a kingly certainty about “Blue Room”’s central gait (and Hillage’s guitar contributions directly foreshadow what Charlie Burchill produced within the context of the Minds), and, in its third section, the components gently dissolve again to leave…more splashing through water, the River Calder in anorak at seven, the simple joy of exploring the world and finding out about it.

“Towers Of Dub” likewise summons a youth of idyll, from Victor Lewis-Smith’s humorous wind-up introduction to what sounds like a simple nursery rhyme played over a politely propulsive beat (this leads directly into the thoughtful abstractions of Boards Of Canada, another group content to exist as little as possible) which itself turns into a millennium-era blues, with gentle harmonica, played by one Marney Pax, recalling Max Geldray as much as it does Howlin’ Wolf (which works infinitely better than the tedious, retrograde puffing heard throughout “Welcome To The Pleasuredome”), and a syncopated barking dog (the robot dog from the seventies movie Sleeper) – niceness and joy abundant, as yet unspoiled by the stupid urge to “mature.” The bass is played by Guy Pratt, whose father once co-wrote songs for Tommy Steele, whom one can imagine executing a dainty tap-dance routine here.

“Close Encounters” bears a more indistinct telephone ring throughout, as though heard through a barrier of lime-green honey, and rhythmically is slightly more assertive. “Majestic” concludes with a bright, clear and triumphant beat, with more voices and flutes summing things up, before there is a final dissolve and the brief “Sticky End” sees all of the music’s elements quietly sliding down a drain, as though going to bed.

There wasn’t really a number one album like U.F.Orb before (unless you count, in part, Tubular Bells – in which respect there will be more counting very shortly) and there is unlikely to be as carefree a number one album again; we fell into the trap of “knowing” too much. People like Thomas Fehlmann, Jah Wobble, the Glasgow-based dance production duo Slam and the Mad Professor turn up and contribute throughout the record, as does Martin “Youth” Glover, sometime musical associate of Kate Bush – and U.F.Orb may betray a Bush in a different yet parallel world, going out dancing and seeing the sun-dappled maypole as the door to a solar-embracing spaceship. The use of found voices returns in the work of Public Service Broadcasting. The sense of where-the-hell-are-we-but-wherever-it-is-isn’t-it-fun? recurs in the work of the xx. The ideal of childhood is as insolent and vivid as it had been since Lennon graduated from his pram.