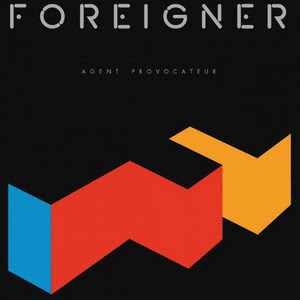 With some pop records, it’s all about context. Taken alone as a single, “I Want To Know What Love Is” is an attempt at a wider statement of the same basic theme as “Waiting For A Girl Like You,” though its canvas is broader and coarser. The lyric’s climb-ev’ry-mountain metaphor is definitely shop-soiled, and the record sinks into regrettable bombast with the entrance of an entirely unnecessary mass choir, including among its curious number Jennifer Holliday and Tom Bailey.

In the context of displacing “Do They Know It’s Christmas?” from number one, however, the record felt as if the previous nine years of pop had never happened, as though nothing had moved a nanometre from “Bohemian Rhapsody.” Suddenly everything had to be a gigantic community singalong with no subtlety, everything explained, plodding and/or bleeping along to demonstrate that “we” were still human beings. The record foresees with some shivering accuracy the post-Band Aid trend for Big Statements sung by Lots Of Voices with Proper Passion.

How did Britain manage to get from “Two Tribes” to this in six months? Part of the answer, unfortunately, is to do with Trevor Horn, who was the original choice of producer for Agent Provocateur; however, after three fruitless months in New York, the band felt they wanted to play as a band, rather than be treated as dots on a computer screen, and so sent for Alex Sadkin.

If anything, “I Want To Know What Love Is” is diminished by the songs which surround it, all of which are either hoary old, tarted-up 1972 bar-band rock (“Tooth And Nail,” “She’s So Tough”) or dismal, insomnia-curing ballads (“Two Different Worlds,” “A Love In Vain,” which latter is neither Robert Johnson nor “Decades”). Listening to Lou Gramm’s generally prehistoric attitude towards women, it is a wonder that the object of “Stranger In My Own House” didn’t just change the locks. Worst of all is the pompous “That Was Yesterday” – Gramm really does remind me of Gary Barlow, then fourteen – whose crowning cry of “Yesterday will live ON!” and accompanying fanfare is scary, in a “tomorrow belongs to us” sense.

And you could have had Perhaps by the Associates, or even, if this was the sort of thing you wanted, Reckless by Bryan Adams, with its sharper songs, more adventurous production (Adams and Bob Clearmountain) and far more believable delivery. “Two Different Worlds” might share a lyrical theme with “Run To You” but, despite the occasional bit of decent acting (Gramm’s quiet, dread-filled hesitation on the line “I think she knows it”), is stodge set next to pasta Amartriciana.

Of course, there is another, highly credible explanation to why this and other number one albums of the time were so successful, and I will expand on that when we reach entry #315. If this really were only a case of the Old coming back in new, bigger clothes and suppressing the New forever, however, then the days to come would yield nothing but chill and horror.
Posted by Marcello Carlin at 12:57