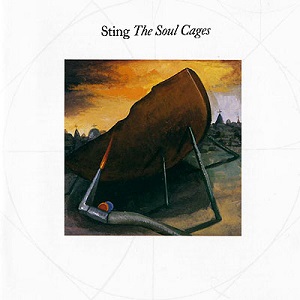 In 1974 Alan Price released the album Between Today And Yesterday, which was divided halfway between songs looking back at growing up in and around Newcastle and reflections on what it meant to be a Geordie in seventies Britain. Stylistically the “yesterday” songs owe much to music hall and pre-war Palais dance bands, while the “today” songs veer towards jazz and blues but are still squarely in the mid-seventies. Watching over both is the spirit of Randy Newman – the album could almost be Price’s Good Old Boys and at times the songs’ outward merriment cunningly disguises their inner bleakness: “I’m asking you to give us time,” announces Price at the beginning of “Left Over People,” “And listen to this tale/With particular rrrr-regard (he rolls his “r”s as angrily as Lydon would do a couple of years later)/For folks whose lives are for sale.”

Probably the record’s most famous piece is “Jarrow Song,” a superficially jaunty top ten single which more or less calls for armed insurrection. Price finally finds himself marooned by the present, realising that in forty years nothing has changed with no lessons learned. The title song, which ends the record, is as quietly apocalyptic album-closer as Newman’s “God’s Song (That’s Why I Love Mankind).” “Between today and yesterday is like a million years,” Price sings, gloomily, “And the only truthful man he’s seen was standing there in tears.” He ends the song, and the record, with a terrible gesture of tactful finality: “Enough – I said enough – just draw the shades/Please let me drink black wine.”

The record’s resonance in 2016 cannot be over-emphasised, of course, but a great part of why it works is because it’s so selfless and knows its own limitations; there is no attempt at a storyline to link any “concept,” and Price’s band are all reliables (Colin Green, Dave Markee, Clive Thacker, with Derek Wadsworth doing the horn and string arrangements) who remain at the service of the music and do not ramble.

It is a record which almost certainly would have been heard and absorbed by the younger Sting. But The Soul Cages proves he learned no lessons from it. Instead of economy, there is endless noodling – a particular offender is guitarist Dominic Miller, who reels off every page of the Ladybird Bumper Book of Rock Guitar Clichés available to him – and the concept, while obviously heartfelt (as far as paternal-related grief in rock goes, it’s preferable to “The Living Years”), is so ponderously and ineptly realised that all you hear finally is the sound of money being spent on the part of a group of people who imagine it is still the eighties. The presence of Hugh Padgham as co-producer was nigh inevitable.

For all Sting’s talk of proud Newcastle and the Tyne and big ships – the story gets rather silly towards record’s end with the sub-Moby Dick fantasia/shaggy dog tale of the title song – we are not really allowed to forget that this was an album recorded in expensive studios in Paris and Italy. Even the instrumental “Saint Agnes” is a flimsy affair which might as well soundtrack a daytime television programme about instructional macramé in Budapest. Throughout he is at pains to retain his “King Of Pain” status – an alternative title for many of his albums could be It’s All About You, Sting, Isn’t It? – and the expensive musicians at his disposal do their best to make the music interesting (particularly Branford Marsalis and Kenny Kirkland in the “free” interludes of “Jeremiah Blues”). The closing “When The Angels Fall,” in which Sting takes nearly eight very long minutes to make his mind up about mourning the past or deciding that the North will rise again, highlights the record’s central problem, in that it is the audio equivalent of those travelogues you get on television, hosted by once dangerous people, or people who acted dangerous, but have since been ironed out to docile compliance – Michael Palin, Billy Connolly, Adrian Edmondson and so forth. Or this could simply be a very long prototype for Who Do You Think You Are?

Either way, as a representation of where someone from the North-East stands in relation to the world in which they find themselves, it falls a very long way behind Alan Price, and certainly Paddy McAloon – I wonder if Sting ever had it in him to create a song as simultaneously ambiguous and heartrending as “Nightingales.” But then McAloon is a genius who has never made a bad record, whereas Sting fatally thinks he’s a genius. He’s a would-be Renaissance man who once upon a time would have been lucky to have been a roadie for Renaissance. Perhaps the most telling comment on The Soul Cages comes from drummer Manu Katché, who bravely tries throughout most of the record’s forty-eight interminable minutes to render the music into something resembling compelling – at the end of a seemingly unending fadeout to “When The Angels Fall,” he brings proceedings to a close by a loud and meaningful drum tattoo, as if to say “Sting, shut the fuck up.” If only someone other than Stewart Copeland had said that to him before.
Posted by Marcello Carlin at 13:04