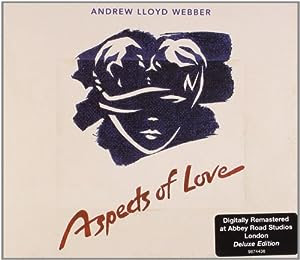 (Author’s Note: I have confined the above to specific, palpable songs or sections of actual music within the musical. There are a total of forty-five scenes and I do not feel that itemising them in laborious detail would prove beneficial to anybody.)

It’s part of the alleged excitement of undertaking an exercise like this that you don’t necessarily know what comes next. Well, I know what’s coming next because I co-write the blog and we do plan these things out, but you know what I mean; the element of surprise and all that. Balanced against that has to the bafflement that one feels when certain albums go to number one. What was the attraction? I mean, it’s pretty clear why Cuts Both Ways, for instance, spent six weeks at the top; it’s a lively, original, meaningful and beautifully made pop album. Indeed it is one of its year’s very best pop albums, but you won’t find any mention of it amongst the joyless plough lines of hoary old time-servers and Sky Bet League One indie crap which dot 1989’s critics’ end-of-year lists.

Come to think of it, not that I’m ever going to be invited to one of those Classic Album Sundays things, but if I were I’d probably choose Cuts Both Ways. That Classic Album Sundays thing – probably done with the best of intentions but this really isn’t what pop or rock was supposed to be about. Sitting in hushed awe, no talking, no going to the toilet (even the Army lets you pay a visit when you have to), the Memphis Flash reduced to a (Sunday) school classroom (which I think is a huge scar on the British psyche; yes, I know the woman who set up Classic Album Sundays isn’t British, but it’s this characteristically British thing about everybody else being naughty schoolchildren at the back of the class who just need to be compelled to fall back in line). No, I’d play Cuts Both Ways on CD – none of this pristine v*nyl Antiques Roadshow bollocks – and take all the chairs out of the room so that you’d have to stand and listen to it, and better still dance to it and sing along with it. That’d learn ‘em.

Anyway, the point is I remain baffled as to why Aspects Of Love made it anywhere near the top of the charts. I don’t doubt that the show was popular – you can’t argue with 1,325 West End performances, and the album did go platinum – but there really is very little, if anything, here for the uncommitted listener to go on. Who bought it? Hardcore Lloyd Webber adherents who were expecting Phantom 2? Casual buyers attracted by the single of “Love Changes Everything”? People who don’t normally buy records?

As always, I approached the double album of Aspects – even on CD, it’s a double set – with an open mind but soon found that same mind drifting away. I quickly got bored with, then annoyed by, the lack of memorable songs, with the acres of dreary cross-chatter which stretch throughout the entire piece on the verge of sending me to sleep. Phantom 2? The Phantom Of The Opera was an exciting and challenging piece of work with an easily-followed plot, colourful characters and plenty of memorable songs.

Whereas Aspects essentially has the one tune which recurs in various guises throughout. Even the editions of “Love Changes Everything” which appear here are not the same as the single version – rising to number two, that record is if anything a throwback to the beefy balladeers who dominated our charts around 1968 – and otherwise the tunes appear to have no tunes. I could hardly remember any of the other songs, even while they were still being sung.

It doesn’t help that much of Aspects is essentially sung dialogue. In between discourses on the subtext of Ibsen, Turgenev, Huxley and Chaplin’s Modern Times and strange non-sequiturs (“And you, sir, are now the proud owner of this magnificent…donkey!,” “You don’t cheat at croquet,” “We’re talking drivel,” “So we are”), I gather that this is Lloyd Webber’s attempt to do his own Les Parapluies De Cherbourg, what with the “hero” going away to the war – it could even be to the same war – and coming back to drastically altered circumstances.

But Parapluies was conceived by a visionary – Jacques Demy – who had the wit to employ a composer – Michel Legrand – who understands exactly how music and cinema work together. Hence that work, which I recommend you hear on the unedited 2CD soundtrack package which came out in France in the late nineties (if you can find it), succeeds on all levels, including avoiding the pasted-on happy ending.

In Aspects there is simply too much plot and too much contrivance. It has to be noted that the show was adapted from a novella by David “Bunny” Garnett of the Bloomsbury Group – though was not published until 1955, when there were only a dozen or so of the Group still standing. Anybody watching the recent Life In Squares television mini-series has a right to be confused about why the Bloomsbury people mattered, since the series demonstrated little interest in the literature and art these people were creating, and was far more keen on their sex lives. It also did not help that it was written and directed by people who thought they were remaking The Hours and hence considered telling a story in a straightforward and recognisable manner a neoliberal conceit; thus the random time shifts, the inaudible, mumbled dialogue and the viewer’s final inability to tell who was who, or to care.

It may well be that the tangled plot of Aspects is directly related to the inordinate complexities of Garnett’s own love life. But are the threads worth disentangling? Bear in mind that this is a novella which Lloyd Webber manages to stretch out, achingly, to nearly two hours and twenty minutes. There’s seventeen-year-old Alex who is besotted with a twenty-five-year-old actress called Rose and after a fortnight or so of makin’ whoopee she decides to go off with his elderly uncle George but he has a mistress called Giulietta (some productions have Rose and Giulietta in bed together at one point) so Alex goes off to the Army and comes back twelve years later and Rose is still with George but they have a twelve-year-old daughter called Jenny and unfortunate feelings develop between her and Alex, and so forth and finally Alex ends up with Giulietta, George having conveniently died of a heart attack in the meantime. Are you still following this?

Really, are we supposed to feel anything for any of these people? Isn’t there something called the Algerian War going on somewhere? Certainly in Act One both Alex and George treat Rose like shit (but then women in Lloyd Webber musicals are generally treated like doormats, either indrawn saints or whimpering sinners; the character of Rose is simply too tough and self-aware for this to be remotely believable); Alex (who, remember, is supposed to be seventeen, though played by the then twenty-six [going on twenty-seven]-year-old Michael Ball) tries to shoot her but hits George’s Matisse painting instead, while George observes “Rose, I ought to strangle you!”

Act Two is mainly passively boring rather than actively annoying, but the whole still seems an aimless, tuneless melange of bits of Sigmund Romberg, Gilbert and Sullivan (“It seems, alas, a father’s life is not a happy one!”), Johann Strauss the Younger, Sondheim, Bernstein, Bartok and Britten – it is presumably not an accident that brash, brassy bitonality straight from Peter Grimes makes itself apparent when the Alex-and-Jenny thing gets too problematic.

And the Alex-and-Jenny thing is far too problematic. Are we supposed to have our hearts rendered and broken by the fact that they cannot be together? How old was Eliza Doolittle, anyway (Lena guesses nineteen, but being seduced by the fifty-year-old Rex Harrison hardly makes it any more right)? This monster raises its head periodically throughout Then Play Long and I’ve had enough of it. “Is that the same Then Play Long blog that purports to be a historical analysis but then deletes all references to artists the writers don’t approve of and would rather not exist?” said a commentator on Popular recently. “No thanks then, I’ve got some pubic hairs I’d rather burn off with a lighter.”

Quite apart from the fact that TPL has never purported to be a “historical analysis” – please read the Introduction again, paying special attention to the paragraph headed “PREJUDICES DECLARED” – it nonetheless is a fact that we’re not going to mention people and relevant things which shouldn’t be mentioned, or delete/re-edit them if changing circumstances demand it; if you want an encyclopaedia, Wikipedia is available. The story – and it’s one to which I intend to return before the eighties are done – is in part about taking a step back and asking: “Is ALL of this valid, or invalid?” (just as the Prisoner references in The Blue In The Air bore the subliminal message: I am not a number, I am a work of art).

I thought it might just apply to rock ‘n’ roll. But Aspects plays as though it were still 1889, not 1989; a Victorian parlour melodrama which finally amounts to nothing – and perhaps there is something deeply rotten embedded in the British way of doing things which powers these presumed feelings. But finally, with Aspects, we are dealing with immoral seduction, a West End Gary Puckett scenario, and expected to compare it with Romeo And Juliet. If I were doing Astral Weeks I’d come down as hard on “Cyprus Avenue.” It frankly gives me the fucking creeps.

Michael Ball, fresh from both Les Miserables (Marius) and Phantom (Raoul), does his best as Alex. Ann Crumb – American, and the daughter of George Crumb (!) – is Rose. Australian Kevin Colson – Sia’s uncle, no less – is George, standing in at the last minute for an allegedly hard-of-singing Roger Moore (a shame, since at least one plot strand would have provided an interesting counterpart to the real-life story of Moore and Dorothy Squires). Diana Morrison is mostly inaudible as Jenny. Kathleen Rowe McAllen is Giulietta. Don Black and Charles Hart wrote the lyrics. Trevor Nunn directed. Overall the listening experience numbed me to a degree I had not felt with TPL for some time. In April 1990, Frank Rich of the New York Times wrote of the Broadway production: “Even when women strip to lacy undergarments, the lingerie doesn't suggest the erotic fantasies of Frederick's of Hollywood so much as the no-nonsense austerity of Margaret Thatcher's Britain.”

It all comes together in a really stinking fashion, doesn’t it?

Next: “You never close your eyes any more when I kiss your lips…”
Posted by Marcello Carlin at 12:38