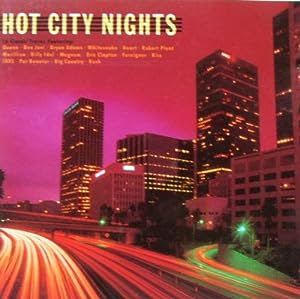 
The information on this album is scarce; from what I can tell it was advertised on tv and even at this late date, if the timing is right (as it clearly was here) enough people bought it to get it to #1; it may well be that this is the last such compilation that appears here.  So much of this album has been covered by TPL already that I may as well get those out of the way first, with their relevant parent compilations....

The first song here is by Queen and is a current R2 staple, though at this time I guess most of these songs were R1 staples.  Anyway, it's on NOW 3 and I'm bound to get to it at some point again, knowing how beloved Queen are, and all.

I wrote about Heart on NOW 10 and it's still scary, maybe even a bit obsessive.

Kiss are just as meh as ever, also on NOW 10, and like I said before, they were so much better when they wore makeup and didn't think of doing solo albums.

"I Want To Know What Love Is" appears on the otherwise wretched Agent Provocateur.

I have nothing to say about "Wonderful Tonight" save that I'm not sure I'd marry a man who wrote this song about me, but, well, that's rock 'n' roll I guess.  There is a live version of this on his new career retrospective, which coincides with his Royal Albert Hall concerts.  Of course.

Much more about Bon Jovi soon; for now this union rocker is on TPL's NOW 9 review.

This compilation's title Hot City Nights comes from "Hot In The City" by Sir William Idol, and Marcello wrote about it on NOW 11.

I also wrote about Whitesnake not making any sense on NOW 10, though I note they still have their fans, as they too have a new album out, as the appetite for rock never really goes away.

"Lavender" by Marillion is on Misplaced Childhood, and I bet if the original lineup got together they could still do something interesting, considering the current political circumstances.

As you can see that's a lot of this album dealt with already, so, here comes the rest...

If I hadn't had my Plath reasons, when in London, I probably would have ended up staying in Earls Court; I was told it was full of Australians, though I didn't really know what, if anything, that implied.  I figured they were upbeat and friendly and cool, just as INXS were, because everyone liked Kick. Why?  It was rock and it was poppy and they had a sax player as part of the band and Michael Hutchence was clearly into it. They'd had a hit with the rockin' "What You Need" in N. America (from Listen Like Thieves) and were huge in Australia and ready to take on the world - they finally got a break in the UK with "New Sensation."  It's big, optimistic, loud, upbeat, with the consoling "you're only human, what can you do?" big shoulder of the band to lean on.  (According to a quote on wiki, their label didn't want to release Kick as they thought it was..."They said there was no way they could get this music on rock radio. They said it was suited for black radio, but they didn't want to promote it that way.")  Yup, future singles like "Mystify" and "Never Tear Us Apart" were never gonna make it on rock radio.  The mind boggles.  Is Kick a great album?  Of course it is, but all their dumb label could think about was marketing.  Already you can sense a shift in what rock is, and in fact this album already feels like a half-relic showing what was, amidst the flood of the new, whether it be from the UK, US or Australia.  (In case you've wondered why it sounds like there's a bit of plucky acoustic stuff in there - INXS were fans of XTC and for all I know named themselves that way in tribute.)

I have heard "Summer of '69" so many times now, especially since I lived in Canada for a good long time and it's practically an anthem there, that it's hard to remember when Bryan Adams was this guy from Vancouver (by way of Kingston, lest anyone forget) with an annoying manager who didn't like CanCon and he made stadium rock like this which may well be about an act of love and not a year, if you know what I mean. It's done so straight and Adams is clearly more in love with music than he is with this girl that even with this idea in mind, it's still not a sexy song.

Following that comes Robert Plant and "Big Log" is about driving along, thinking about the one you love - but it's very laid-back and Plant doesn't really howl at all here, just moseys along, taking his time, "my love, my love is in league with the freeway" and there is pleasure in this coolness compared to the huffing and puffing elsewhere.  Plant's band are laid back too, just strolling along...space and time open up and pause as the road goes by, as "passion will ride."  Rock 'n' roll is about escape, but also about being pulled by desire, and this song contains both, with Plant sounding like the veteran he is, by now.

Speaking of the Midlands, here is Magnum and "Start Talking Love."  Magnum are from Birmingham, they are rock and this song is from their seventh album and yet I don't really know them and based on this song I can't say I actually want to know about them.  They have their fans (a live album of theirs made the charts just recently) but when I think of 1988 and rock I don't really think of this...

...this is a huge digression, but anyone who reads TPL must know I digress, so....

...in truth my idea of rock is being turned and altered all the time in '88, alongside so much else;  so much so that one of the best albums of the year is rock, sure, but not rock as Magnum would understand it.  It's .... 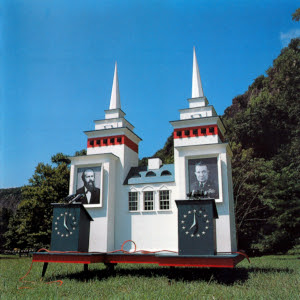 Lincoln by They Might Be Giants.  I really cannot say enough about this album besides it has more wisdom, sympathy, wordplay, invention and so on than anything which was considered (such an 80s phrase) "cutting edge" at the time.  I won't go through every song (there's 18 of 'em) in detail as part of the joy of TMBG is that there are surprises, puzzles, things which make no sense logically but do emotionally, not to mention ineffable moments that are hard to describe.  The proto-Gen X rant of "Stand On Your Own Head"; the sublime "Where Your Eyes Don't Go"; the anti-war "Pencil Rain"; the late Baby Boomer rock anthem "Purple Toupee"; the misery of saleswork in "Snowball In Hell."  There is something here for everyone, from those in love to those who love the bottle too much, from pure pop devotees to jazz fans, to fans of just weird songs that make no sense (I still am wondering what "Cage & Aquarium" is about).  It is just greatness, and yes, I will write about their next album, Flood, when the time comes....

...and now, back to Hot City Nights (cue photo of a city at night when it's hot).

Pat Benatar is one of those figures who were always there on the radio, from 1979 onwards; she had hits in N. America years before breaking through in the UK (with this song and then "Love Is A Battlefield") and was so tough-sounding (and classically trained, too!) that I could admire her, but never love her.  She is such a great singer, though, that she can make any song take on more meaning than it actually has (not that "We Belong" has no meaning) and even give meaning to songs that otherwise would be a mess (does anyone know what "Red Vision" from Seven The Hard Way is about?).  Benatar always seems to deal in absolutes and extremes, a very rock stance, and she is a feminist, singing about (for instance) "Hell Is For Children" before child abuse was a more acceptable topic for songs later in the 80s/90s.  And like so many here, she is still out there touring, if not making new music.

"Look Away" is on NOW 7 and originally on the album The Seer and it's a sad song - though busy-enough that you might miss it. I mention it here separately as Big Country's music is so important in understanding how things are now in Scotland, and it is too bad that this is where their appearances, however slight, on TPL end.  I often wish I could get in a time machine and save various musicians at various times, and Stuart Adamson, who should have lived to see what is happening now (imagine Big Country at the Commonwealth Games...).

Yes, in a kind of closing/opening loop that seems to be my motif for '88, here are Rush, Canada's own Ambassadors of Rock and they are singing a song inspired by the very station that I am, at this point in '88, still listening to, though in a different way (see previous entry).  The song circles and swirls around itself, a song about the magic of radio and music and the energy of both ("invisible airwaves crackle with life" - music as the life force).  Music, which can get bogged down in "endless compromises" but nevertheless soars and conquers, even as the salesmen and corporate forces strive to make rock 'n' roll  (the spirit of freedom and defiance and I'm yes being idealistic here good humor and generosity and energy)...well, there's that and there's the world of radio with its playlists, prejudices and sometimes suspicious DJs to flatten everything out and make it a commercial enterprise.  Rush released this on January 1, 1980 to show their fans they knew what time it was, that the 80s were going to be different and to praise a station that was trying to do something different in the commercial context - to be alternative long before such a word was used to describe music.

This song stands for a whole huge period in my life that, in '88 terms, hasn't disappeared but is starting to wane; a feeling that I was connected to the wider world through one station, that life itself could be improved and mediated through music alone.  With my interest in language, rhyme and literature in general coming back, I was leaning harder on the music I loved and leaning hard now too on the written word, and finding things in it I couldn't find in music.  The numbness I experienced in London was still there, sure, but the sense of purpose and even mission I had with language was taking over.  Rock 'n' roll says that sometimes you have to strive to figure out your voice - and that was what I was doing, as well as sensing that music was (coincidence?) beginning to shift alongside me.  Hot City Nights is the music of my youth, for the most part; the kind of stuff I'd hear at the mall, booming out of fellow students' cars, on Q107 or CHUM* - CFNY played INXS and Billy Idol and Big Country and Rush, of course.  The red-purple night, the zooming head and tail lights of the freeway cars, the rock life wasn't to be mine, not in quiet Oakville it wasn't.  But with poetry and hip-hop and new ways of thinking about music were taking over, and making that version of rock seem old-fashioned, indeed.

*Other radio stations in Toronto, The Mighty Q being the main rock station in town.