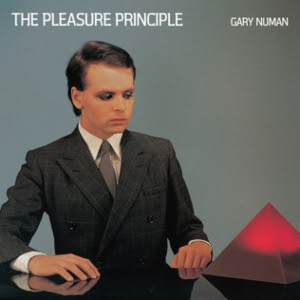 I recently watched Tony Palmer’s All You Need Is Love: The Story Of Popular Music series for the first time since it was originally run on ITV in early 1977 (it’s all on YouTube). Technically it was quite an achievement; over seventeen episodes Palmer and his team travelled the globe, talking to and filming as many musicians as they could find. In fact, pretty much everyone who mattered in the story of popular music appears as an interviewee throughout the series; Palmer was fortunate that in the mid-seventies most of them were still alive to tell their story. In terms of editing and drama the series remains unbeatable.

That doesn’t mean that All You Need Is Love was itself a great television series; I prepared for re-viewing of the programmes by re-reading the book of the series, written by Palmer himself (or at least marshalled by Palmer; most of the chapters were based on essays commissioned from various authorities, from Leonard Feather to Stephen Sondheim), and it was a depressingly grumpy experience; important for the testimonies of its subjects, but in theory almost entirely wrong-headed and doom-laden. Moreover, by the time the series had come to television, punk had happened, and thus it appeared instantly dated and recherché (although in his defence it should be noted that Palmer had taken note of punk rock and wished to make an eighteenth episode about it, but couldn't get the funding to do so). Richard Williams in Melody Maker was not alone in condemning it, or its author.

This is not to imply that the series was free of merit. In fact, the sixteen episodes are so brilliantly put together that they still make me wish that they were right. Of particular note are the closing five or six minutes or so of the final episode (“Imagine: New Directions”). After forty-five minutes of watching Tangerine Dream at work in Coventry Cathedral, and various loose ends from Black Oak Arkansas to Lester Bangs popping up (another unintended source of the series’ value; how many times was Bangs interviewed for TV?), we are in Mike Oldfield’s studio. He is hard at work mixing his third album Ommadawn. Interspersed with shots of him strolling around Hergest Ridge, we see Oldfield at his desk, quietly concentrating, puffing away on a cigarette; his speaking voice is hushed to the point of inaudible, he seems somewhat uncomfortable with the camera and indeed with the process of appearing on television. He comes across as shy, reserved, someone who perhaps isn’t too happy at the concept of “other people,” who seems far more at ease with his equipment, his gadgets.

All of this was at striking odds with the music he was making. We hear the closing section of side one of Ommadawn, the tribal chant which suddenly erupts into the most pained guitar Oldfield ever played, over thundering synthesisers and percussion. There is an expressive grief quite new to Oldfield at the time; the percussion, indeed, is being played by various members of the South African exile musical community, and the record’s release was more or less concomitant with the death of Mongezi Feza – so there is anger in this music too. As the music rises to an unthinkable crescendo, Palmer goes into a jumpcut medley of all the strands the series has been weaving together, music and musicians from everywhere, Bing Crosby to Dizzy Gillespie, faster and faster, and just as the music is about to boil over and explode…

…it suddenly cuts off, leaving just the African drums, and Oldfield, filmed from side profile, hand on chin, staring intently into darkness. Freeze frame and roll credits over that final shot. The implication, or one of the implications, was clear; Mike Oldfield was the future, held the life of popular music in his hands.

In the spring of 1977 it seemed an absurd notion. Hadn’t the Pistols and the Clash and everyone else already exploded out (again, not Palmer's fault but that's how it was)? The series was derided and quickly forgotten. But it stuck with me – I don’t know how, or why – and I thought about some of the wider implications of that closing sequence, particularly that the future of popular music might lie with the isolated musician, sitting in their studio, or in their bedroom, looking at their mixing desk – or their laptop. Perhaps Palmer saw further ahead than any of us at the time suspected.

A couple of years later, when I heard Christopher Payne’s viola paraphrase a theme from Tubular Bells on Gary Numan’s “Complex,” I knew that sequence of television had somehow come home to roost. In part a break-up song, in greater part a song about fearing his fans (“Please keep them away/Don’t let them touch me”), it was one of the least likely top ten singles in that least likely of years, 1979. It was Cassidy’s “I Am A Clown” filtered through Philip K Dick.

Readers may be surprised to see Numan back so soon in this tale, but it was his time, and The Pleasure Principle, despite its general lyrical content, seems to me to find him in a much happier mood than he was throughout Replicas. Tubeway Army itself having naturally dissolved, Paul Gardiner was still on bass, but Cedric Sharpley was now the drummer, with the aforementioned Mr Payne providing supplementary keyboards and, indeed, viola. On the inner sleeve they still look like Supertramp auditionees compared with Numan, pictured on the cover in his check suit, viewing a red pyramid with some suspicion. On the rear, he puts the pyramid over his face as though wishing to hide.

On the album itself, he discards guitars in favour of synthesisers, most notably the Poly-Moog, whose baleful “Telstar” weep is one of the record’s most constant voices (sometimes the whole of 1979 TPL seems concerned with musicians playing with terrific new synthesisers they have bought). Despite, or perhaps because of, this, it has to be said that many of the ten tracks, for want of a better verb, rock; “Metal” is like an electro remix of “My Sharona” and Sharpely’s drums are very inventive throughout, particularly on “Observer,” which struts like a funkier variant on “Cars.” “You are not regular/You are just wrong,” sings Numan sternly, soon after claiming “We are not making claims/We are only boys.”

The same song’s reference to “There are no faces/This is my complex” helps to underline the possibility that The Pleasure Principle is a concept album in disguise, in that it could easily be viewed as one long track divided into ten movements; many of the songs reflect each other, both musically and lyrically, and the eventual appearance of “Cars” itself comes as a sort of catharsis; you realise that he is actually happy with this new state of affairs, with his loneness.

Much of the record concerns itself with being alone, or the wish to be alone, and the album may represent ten facets or angles of the same object, or subject. Once again, Steve Malins’ exhaustive essay and Numan interview in the booklet of the CD edition are admirably comprehensive, giving due credit to all the Afrika Bambaataas, Billy Corgans and Derrick Mays who were to appear in the wake of this music (of course “Cars” would be a huge hit in Detroit!) and going into intense detail about the thoughts and inspirations behind the record. It strikes me, however, that the album works as an attempt to fuse the opposing factions of Bowie’s Low; the instrumental introduction “Airlane,” for example, blends the rock dynamism of “Speed Of Life” with the mournful nostalgia of “Warszawa,” Gardiner’s bass arching like a humpbacked whale.

But the mood of the music is, paradoxically, bright and optimistic; throughout there are strong indications that the eighties are already here, an instant nostalgia for a future worth having. “M.E.” may lyrically be a gloomy meditation on being the last, dying machine on a dead planet (“Me! I Disconnect From You” indeed) but the viola foresees “Vienna” (Ultravox’s Billy Currie contributes violin to “Tracks” and “Conversation”), the synthesised handclaps prophesise “Bette Davis Eyes,” the overall feeling is comparable to that of a song that will end a future TPL entry, written and performed by someone who at this point is only eleven – and the riff itself was confident enough to be used by Basement Jaxx a generation later as the basis of “Where’s Your Head At?”

Throughout “Films” the listener becomes delightedly inpatient for the future to happen – this sounds so much clearer, less muddier, than what has come before it! – and the undertow is propulsive, insistent (even though the song itself reflects Numan’s continuing distaste at having to deal with people every day). Perhaps “M.E.” is seen by Numan’s protagonist as a happy ending; never mind humans, he’s perfectly content with machines.

Go any further into the lyrics and you realise that really this is not a future that anyone would reasonably desire, except for Numan himself (and we now know why he was so uncomfortable, as per my Replicas entry). Indeed, the closing “Engineers” raises a few doubts; its opening couplet of “All that we are/Is all that we need to be” simultaneously looks back at the end of Dark Side Of The Moon and forward to “All Apologies.” The staccato keyboards and treated drums trace a possibly more attractive alternative history of recent popular music, stretching from the Beach Boys’ “Do It Again” via “Nutbush City Limits” and “Psycho Killer” into the future (Stereolab).

“We keep you alive. For now,” observes Numan, rather sinisterly, and then one notices that The Pleasure Principle is practically an instrumental album with only brief, concentrated spurts of vocals, as if anxious to get them out of the way as soon as possible. On at least two tracks there are long, meaningful pauses (“Metal,” “Conversation”) of booming, suboceanic electronica. Meanwhile, on “Engineers,” Sharpley’s drums spell out a military tattoo, and you are suddenly faced with a grey future in which war, according to some observers (though not this one), would come as a positive relief from boredom. The missing link between René Magritte and Janet Jackson, The Pleasure Principle looks at a future and sees light – or does it? “If I open my door, will you visit me please?” asks Numan on “Cars.” The difference is if that nobody does, he’s not necessarily going to crawl.
Posted by Marcello Carlin at 12:25