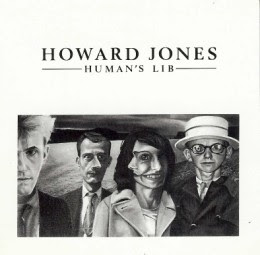 (Author’s Note: My CD edition of this album includes the rather unnecessary “Extended Version” of “What Is Love?” and an additional track, “China Dance,” an instrumental which originally appeared as a B-side to the single of “Hide And Seek.” I’m sure that you’ll agree, however, that the title song is really the only way to end this record.)

“Oh – what’s the bloody point?”
(The last sentence entered in the diary of Kenneth Williams, 14 April 1988)

The first point to consider is – who is this Bill Bryant?

He grew up in Rayners Lane, that strange stretch of no man’s land between Harrow and Pinner which today is best known for the Art Deco building with its elephant’s trunk-like appendage which is currently under the management of the Zoroastrian Trust Funds of Europe, and his life was unremarkable until he met and fell under the spell of the guru Sree Sree Mentu Maharaj, founder of the Universal Peace Mission, in 1971. Following a “spiritual experience” of his own a year later, he began to spread Mentu’s word himself, speaking and writing about spirituality, love and peace. Eventually he gathered a small band of devoted followers, who would regularly convene to listen to him speak at his home, in High Wycombe. Among these followers was his temporary co-worker in an instrument factory, one Martin Jones, who was on his summer break from university. Soon Martin’s brother Roy became acquainted with the man and his faith, and eventually a third brother – Howard – was drawn into this circle.

Some have spoken of Bryant exercising a strong and powerful influence over Howard. It is a matter of record that Bryant was, more or less, Howard’s best friend (they were best men at each other’s weddings) and, if you will, his main spiritual adviser. Together they – along with Martin and Roy Jones – worked on writing or reworking some songs, a great deal of which ended up on Howard’s first album (six of its ten songs feature lyrics written or co-written by Bryant). This influence was not necessarily a negative one; on the contrary, Bryant knew that Howard had talent and worked intensely with the musician to ensure that his – or their – songs could come through and be heard. This situation continued until the point in 1983 when Jones was evidently set to break big – his break came with a session that he did for Kid Jensen’s evening Radio 1 show – and he attracted another, more experienced manager and promoter, Dave Stopps, who was able to take, or sell, his work further.

Bryant and Jones then went their separate ways, and it does not appear to have been amicable; the relationship became strained and in one blog devoted to Bryant’s work, the following gnomic and rather sinister sentence appears: “What developed was later described by Bill as improper and should not have happened.” Whatever the truth of this assertion, listening to Human’s Lib remains an uncomfortable experience, insofar as we are hearing, more or less, one person – apart from the incongruous appearance and playing of Davey Payne, the saxophonist with Ian Dury and the Blockheads, on “Pearl In The Shell,” Jones really is on his own throughout (although producer Rupert Hine’s touch is clearly evident) – singing and performing what essentially comes across as being a lonely and slightly claustrophobic work; and yet on the majority of these songs he is singing words which in part are somebody else's. Now, if we based our appreciation of a record on the influence wielded by the musician’s guru, then that would rule out, amongst others, Who’s Next and All Things Must Pass from this tale.

But listening to this record is often akin to being doorstepped by travelling Jehovah’s Witnesses salesmen. The song titles read like the chapter headings of what Christgau correctly termed a “revolving self-help manual.” But it is perhaps important to note that Howard Jones, though commonly thought to have come from High Wycombe, was actually born in Southampton before moving, with his Welsh parents, back to Cardiff, near where he was raised. He continued his (grammar school) education at Stokenchurch, just down the A40 from High Wycombe. As a teenager his family relocated to Canada. He then returned to Manchester to study at the Royal Northern College of Music before moving back to High Wycombe and encountering Bryant. His Welshness manifests itself in his occasional tendency towards pulpit preaching, for instance in the out-of-tempo outro to “Equality” (which was issued as a single in South Africa as an anti-apartheid statement) or the “anyway/anyway” rhetoric of “What Is Love?” It is very significant that his first band was not, as some sources suggested in the past, the Desperate Bicycles (“It was easy, it was cheap, go and DO IT!”), but a progressive rock group called Warrior.

I do not think that progressive rock tendencies had deserted Jones by the time Human’s Lib came along; indeed, they are highly palpable, and not just in the “New Song”/”Solsbury Hill” sense; “Conditioning” sounds highly influenced by Peter Gabriel 4 (and to a lesser extent by Bill Nelson), with its systematic closing down of hope and individuality, via increased discordance and even a “Peter Gunn” quote. The Hammond organ on “New Song” already sounded dated (as did the presence, at the time, of mime artist and fellow Bryant disciple Jed Hoile). “Natural” could have been performed by the eighties Genesis.

Elsewhere his songs run between brooding balladry and polite uptempo not-quite-pop. But it is clear that he felt that he had something that he wanted to communicate to as wide and non-generalised an audience as possible. “I’ve been waiting for so long” he sings in “New Song” – he was twenty-eight by the time that became a hit (four years older than Morrissey). There is the sense of emotions and feelings that had been held back for too many years, now making themselves apparent.

These factors in themselves, however, do not make Human’s Lib compelling listening. “What Is Love?” made me wish at the time that Thomas Leer’s “All About You” had been a number two hit instead. “Pearl In The Shell” is humdrum Lego Motown, though if its backing track had included a “Funky Drummer” loop and it had been released in 1990, it could almost have passed for baggy (“And the fear goes on”). He specialises in sermons – there are no love songs as such on the record. “Hide And Seek,” which I saw him perform live and unaccompanied, on voice and grand piano, at Live Aid, is a better song and benefits from not being over-emphasised, but unfortunately Jones’ strained Vick’s Sinex vocal makes me think of how avidly the thirteen-year-old Gary Barlow must have listened to it. “Hunt The Self” suggests a failed Footloose soundtrack bid which is derailed by an avalanche of percussion which in turn is abruptly switched off, even though its lyric suggests some impatience on the singer’s part (“Well it’s time for a change,” “Having deep talks with scholars who sound so fine/Hearing this sham is like getting drunk on cheap wine”). Then again, these lyrics were co-written with Bryant.

“Don’t Always Look At The Rain” has a nice chord change, even if it’s late seventies Genesis feeding back to Brian Wilson, but like Genesis and the Moody Blues, the message is annoyingly non-specific. Jones doesn’t ask us to open our eyes and look at the sun: “And tell me,” he pleads, “is it a crime to have an ideal or two?” But there’s having an ideal or two, and being able to express and communicate it. Sometimes his lectures verge on hectoring: “I love you even though you think that I don’t” (“What Is Love?”), “Everybody wants to feel happy even if you think that you don’t” (“Equality”). The latter song has a hook which immediately made me think of a-Ha’s “Take On Me,” but as already noted, by its end we are already back at Speaker’s Corner, Jones proclaiming through his megaphone (“Don’t you know, we’re just the same” – the same as what?). The overriding philosophy here can best be summed up by “Natural”; “And if they were not meant to be/Well, don’t you think they wouldn’t be?” And if you could glean any practical sense or meaning from that, then Jones was speaking to you.

But then the album turns around on itself. The closing title track initially conjures up the spirit of Ultravox, but this is a far more restless and worrisome song. Jones sings about what he’d really like to do, as if to say, well, all of what you’ve been listening to here is a sham, or, well, you never knew the half of it, and it is disturbing, like Squeeze performing the theme to Hallowe’en. He knows what he wants to do, but in the face of freedom, finally waves a white flag: “But you just try being free my friend/Everyone will hate your guts.” Make do and carry on. Keep calm and mend. But the song ends with another percussive avalanche, as if the entire contents of the recording studio had been pushed over; and then one looks at the cover painting, done by one “Steg,” where four ungainly figures stand in front of an unspecified coastline in the darkness. The one on the left, whose face is only half-visible, is Jones, and there is something in his left eye which suggests what he would TRULY want to do to the world – and you maybe don’t want to know what that is. But look at the song’s lyrics, listen to its propulsion, keep Jones’ Welshness in mind, and think of it performed a decade later, with guitars and drums, and a vocal that’s an octave higher.

You surely can’t be suggesting…?

They’d never admit to it, those early eighties teenagers growing up in Blackwood. Not in a billion years. They were probably listening to Declaration by The Alarm. But it’s there. I can feel it. I can sense the leyline that can be drawn from this song to something like “If You Tolerate This…”

Provocative. But there’s nobody else on this record. He sounds so utterly alone. And in one way it’s slightly alienating.

Nobody else except the people who contributed to the songs that he is recording. It is a dark record, but it’s not Hergest Ridge, that number one album that was so nearly Welsh. Music For A New Society by John Cale is this album’s angry uncle. There was McCartney II, of course, and so many of the songs on Human’s Lib sound like they still belong to an uncertain 1980.

But who else was doing this at the time? Themselves and themselves only and alone?

There was Billy Bragg; in Germany there was Holger Hiller; from Australia there was Scraping Foetus Off The Wheel; and, speaking of which, Trent Reznor is a couple of months away from turning nineteen and learning how to work a recording studio. The Downward Spiral is only a decade away.

But you still feel under-nourished by the experience?

I think that Jones was trying to reintroduce progressive rock through a shiny yellow back door. I find much of his debut album benignly indigestible. How can a better life, a better world, be achieved without any element of conflict?

But he kept the first Style Council album off number one.

Have you listened to Café Bleu recently? The business of thought and expression, and the gap in between.

The elephant in the spring 1984 pop sitting room.

We’ll get to that sooner than you think. But nothing else seems to be measuring up.

Staying alive because you don’t know what’s coming next, that’s what.

And what if we ARE all the same?

Now what would be the bloody point of that?
Posted by Marcello Carlin at 13:21